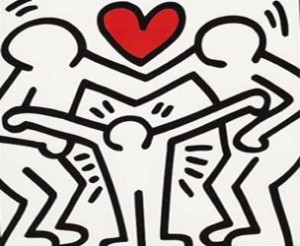 With a decision adopted on January 2013 the Italian Supreme Court (Prima Sezione Civile della Cassazione) resolved that the idea that “a life in a family based on a homosexual couple is harmful to a child” is a “mere prejudice” since this idea “is supported by neither scientific evidences nor empirical data”.

In this case, the Court was simply called to decide between leaving the child with the natural mother and her female partner vs. granting to the natural father, a violent subject, his share of parental authority. Nonetheless, from many sides this statement was interpreted as a green light to homosexual adoption.  It must be said that, stunningly enough, by dismissing as “mere prejudice” a large quantity of available scientific data leading to opposite conclusions, the judges denounced a remarkably insufficient awareness on this sensitive subject.  With this dossier, a work-in-progress that will see continuous updates, we want to list, in their order of publication, scientific literature and eminent opinions; with them we want to demonstrate that advocating the righteousness of the natural family doesn’t proceed from “prejudices”, rather it is a “firm belief” built on solid, rational, medical-scientific grounds.

SUMMARY
1. Foreword
2. The situation at a glance
3. A list of accomplished studies

We believe that before investigating into sexual orientation a foreword is necessary; and this is much truer when the subject under the spotlight is made more controversial by its relation with the biologically unnatural issue of adoption for same sex couples. The media today are largely inclined to label any opinion expressed or any research published, whose authors were conscientious enough to stop and reflect upon the “here and now”, with the stigma of “homophobe” or “anti-gay bigot” (or aprioristic, dogmatic, reactionary, backward, ecc.). The search for the truth, especially an inconvenient truth, lies at the core of scientific method: it is not moved by hatred and its objective is not discrimination; and we must always keep in mind what lies at stake here: the rights of the child, not the (understandable) parenting intentions and desires of same sex couples. Things like the success in the political arena, the media endorsement or the support from the “internet people”, are not enough to prove that one is on the right side. To be honest, there are many people today so fiercely fighting against the Catholics that the risk is to lose sight of the core issue we mentioned before: the best interest of the child. Quoting G.K. Chesterton we also believe that: “Men who begin to fight the Church for the sake of freedom and humanity end by flinging away freedom and humanity if only they may fight the Church.”

2. THE SITUATION AT A GLANCE

The most relevant scientific societies and associations worldwide have adopted, in the recent years, approving or neutral stances on the idea of having same sex couples adopting children. Nevertheless, the position of the most influential of these associations, the American Psychological Association (APA), has been stigmatized by some former chairmen as based on non empirical data. As the former APA president Nicholas A. Cummings, distinguished professor at the University of Nevada, pointed out, the APA «has permitted political correctness to triumph over science, clinical knowledge and professional integrity. The public can no longer trust organized psychology to speak from evidence rather than from what it regards to be politically correct. At the present time the governance of the APA is vested in an elitist group of 200 psychologists who rotate themselves in a kind of “musical chairs” throughout all the various offices, boards, committees, and the Council of Representatives». It I worth to remind here that Charlotte Patterson, an eminent researcher for the APA and working on pronouncements on homosexuality, is a lesbian, LGBT activist. Notwithstanding these “politically correct” opinions, several studies still demonstrate that the “no differences” theory is in fact based on either tenuous or insubstantial empirical data; on the other hand, stable scientific evidences prove that the perfect condition for children development is the family, based on biological mother and father, better if bound in marriage.

More specifically, it was noted that: a) in several surveys the individuals were not accurately selected, for example with the voluntary samples; b) in many studies the limited number (less than 40) of children who lived with homosexual parents was not representative; c) there are difficulties due to the small percentage of parenting same sex couples and their geographical dispersion; d) most of the so called “neutral” surveys were conducted on lesbian “families”, where the children had previously lived in a normal heterosexual family; e) interview-based surveys were generally inaccurate, with responses to qualitative-subjective questions often affected by a bias of social desirability; f) new analysis performed on some of the earliest surveys are leading today to different results; it is now impossible to understand if these discrepancies are due to statistical mistakes or if they are the result of malicious misinterpretation or alteration.

In conclusion, we believe that Walter R. Schumm’s observations (2010) on the existence of a pro-homosexual bias in many researches are not deprived of foundation.