When the progressivist priest Panikkar asked for forgiveness 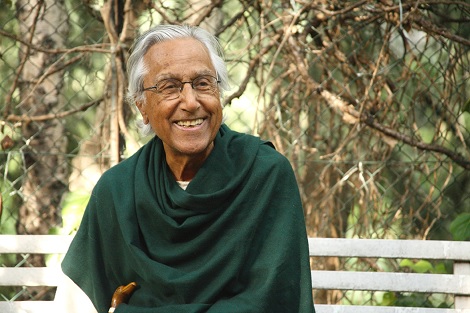 If you do not know Raimundo Panikkar, then this story will be new for you. If, instead, you know who he is, it will be a novelty anyway, because no-one – but really no-one – reports how the earthly path of this icon of the post-1968 progressivism ended.

Son of an Indian man and of a Spanish woman, philosopher and syncretistic theologian, susprended priest, ex member of Opus Dei, member of the Consejo Superior de Investigaciones Científicas (CSIS) and professor at Harvard and at the University of California. All this was, in sum, Panikkar.

Ordained Catholic priest in 1964, he was one of the first presbyters of Opus Dei. His journey to India in 1955 and his contact with spiritualistic religions led him to radically syncretistic convictions, which very soon led him to a personal crisis of identity («he got lost in the details of the Indian religion: paraphrasing the title of one of his books, between the silence of God and the answers of Buddha», wrote Armando Torno). «I left Europe as a Christian, I discovered myself Hindu, and I came back as a Buddhist, without having ever ceased to be Christian», says a famous quote of his’. In 1961, he wrote one of his most famous books, The Unknown Christ of Hinduism, where he affirms: «It is obvious that the “Logos”, which was in the beginning and then incarnated in time, cannot be identified with Jesus of Nazareth without qualifications. Jesus is the Christ, but Christ cannot be totally identified with the son of Mary» (p. 31).

He abandoned Opus Dei in 1966 and lived his life between India and the USA, where he became Professor of Religious Studies. Always farther from his origins, he retired to Tavertet, in Catalonia, and on the 6th of December 1984 he contracted a civil marriage, thereby getting suspended a divinis by the Church, which deprived him of the right to exercise the priestly office. In the West, he became the symbol of a naïve rebellious progressivism, a representative – also to his detriment – of the new-age philosophy and of a disobedient Catholicism. Even today, for example, theologian Vito Mancuso uses his name to invoke the abolition of the priestly celibacy.

However, in 2005 Pannikkar decided to send a letter to Javier Echevarría, Prelate of Opus Dei: «The communion of saints is a reality», he wrote. «I remember all of you. God bless you and enlighten you in your delicate task». The relationship with the Prelature increased in the last ten years of his life, in which he received friends like Ferran Blasi and Juan Antonio González Lobato. Who met him saw in Pannikkar a rediscovery of and a nostalgia for the priestly vocation and ordination, considered by him as the most important fact in his life, so much so that he started a negotiation to find a solution to his irregular canonical situation. His case was studied by Benedict XVI.

The decisive step took place on February 2008, when the “rebellious priest” wrote: «I want to ask publicly for forgiveness for the bad example I gave with my disobedience to celibacy. I sincerely repent, accept, and humbly reaffirm my obedience to the Church. I will eliminate all the bonds I have because of my marriage». On the 3rd of April 2008, his suspension was revoked, and two years later Pannikkar died in Tavertet completely reconciled with the Church. «I feel I am a priest of the Church, and I want to keep going to Communion until the end». «He was a man and an intellectual with his mistakes and genialities, but faithful to the Church in his teachings», recalled his friend Ferran Blasi.

« Msgr. Lemaître, father of the Big Bang: he changed the mind of Albert Einstein

Priests in France: “traditionalists” in communion with Francis are growing »