The gospels are four independent sources 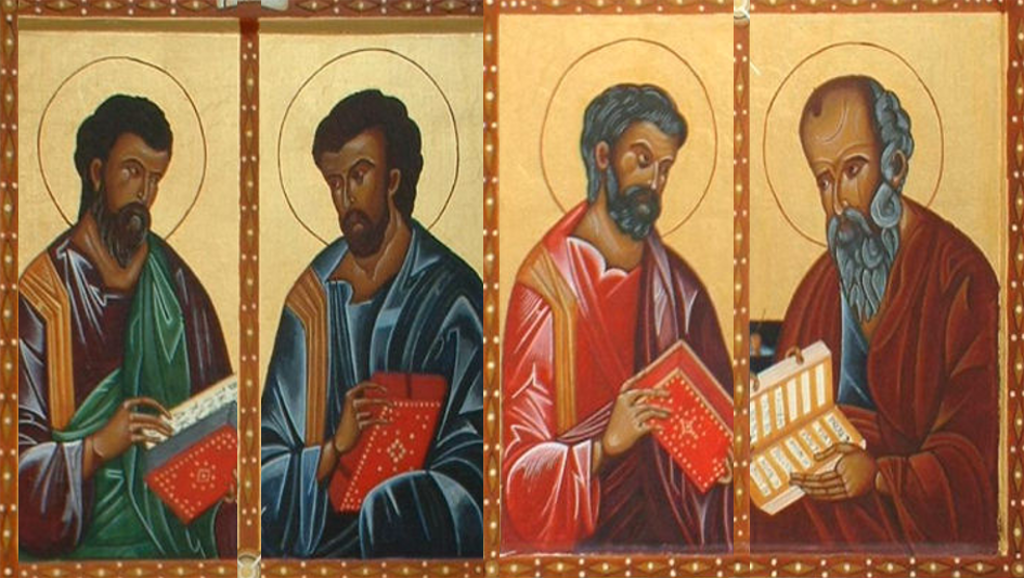 Did the evangelists copy each other? Are the gospels independent sources or do we have only one source (the gospel of Mark) on the life of Jesus? The answer cannot fail to consider the sources of Gospels, from which each evangelist drew independently. Here’s what the scholars say.

In the past we have translated into Italian a post by the American biblical scholar Michael R. Licona in which the criteria used by historians to evaluate the reliability of the Gospel passages (and of any other ancient text) are explained.

One such criterion is “multiple attestation” .

If a passage is reported by several independent sources , in fact, there are more probabilities (in unison with other evaluation criteria) to consider it historically accurate.

Usually it is said that it is a single source , chronologically the first: that of Mark.

William Lane Craig , Professor of Philosophy at Talbot School of Theology (Biola University) and Houston Baptist University, provided a valid answer and we will take a cue from it.

Are the Gospels Independent Sources?

Certainly there is a overlap between the four Gospels, not only do they often tell the same episode but use the same words.

The point is not that they copied themselves but that each of the evangelists made use of a previous source , sometimes shared with another evangelist and other times used exclusively.

John also presents unpublished passages compared to the others, and it is ascertained that he too used his own source. It could be the so-called “ gospel of signs “, but the debate is more open than ever.

Finally, it is by no means certain, however, that every evangelist knew the work of the precedents : «It is a thesis that creates more problems than it solves», commented the eminent American biblical scholar JP Meier 1J.P. Meier, Un ebreo marginale, vol. 2, Queriniana 2003, p. 276.

An example with the Jesus burial and the empty tomb..

Soon we will publish a dossier on the historical evidence of the resurrection, for the moment we see how the pre-evangelical sources emerge in the passages on the burial of Jesus and on the discovery of the empty tomb.

The Gospel of Mark describes the last days of Jesus through a clear chronological sequence: arrest, trial, death sentence, crucifixion, empty tomb and resurrection, concluding with the finding of the empty tomb by some women who participated in the circle of disciples.

Historians know that, on the contrary, the rest of his gospel rarely follows a chronological order and the author presents unrelated passages, joined like beads on a string. Yet, when it comes to Jesus’ last week, Mark’s approach suddenly changes.

For this reason it is believed that Mark drew on a history of the Passion previous to him , present in an extremely ancient source as his gospel is dated, at the latest, to 70 AD. (only 40 years after the facts reported).

On this we recommend the authoritative and highly cited study by Joel Marcus, teacher of New Testament and early Christianity at Duke Divinity School.

If instead we consider the Gospel of Matthew, , the story of the guard posted on the tomb of Jesus is included in the passage relating to the empty tomb, an episode not told by Mark.

Is it a creation of Matthew? Not at all. Scholars observe that the passage is imbued with a foreign vocabulary to the author’s usual way of telling, which indicates that the author is drawing on a tradition prior to him. Probably the so-called “M” Source.

If we pass to the passage of Luke , relating to the empty tomb, we read of the visit of Peter and another disciple to the tomb to verify what the women reported to them. An episode absent in both Mark and Matthew, mentioned instead by John.

As for the Gospel of John , it too is considered independent of the three synoptics and there is consensus that it used a narration of the Passion of Jesus dating back to an older tradition of all.

Among the first to support it was P. Gardner Smith in 1938, a position later elaborated in detail by C.H. Dodd and accepted by Raymond Brown, Rudolf Schnackenburg and Ernst Haenchen. «Today it is probably the dominant opinion » , commented J.P. Meier2J.P. Meier, Un ebreo marginale, vol. 1, Queriniana 2008, p. 50.

«Some of the sources prior to John’s Gospel come from the early years of the Christian movement, as evidenced by the fact that they betray their roots in Aramaic-speaking Palestinian circles. This places them in the early days of the movement, a few decades before the writing of the Gospel of Mark»3B.D. Ehrman, Did Jesus Exist?, HarperCollins Publishers 2012, p. 265.

In addition to confirming that the Gospels are four independent sources, the differences between them (sometimes true contradictions!), Albeit on secondary details and not on the general plot, also belie that it is a invented story .

Finally, the Pauline letters should be considered.

In 1 Corinthians 15: 3-5, Saint Paul quotes an ancient Christian formula that summarizes point by point the main events of the last part of Jesus’life.

This pre-Pauline formula, as we explained in 2018, has been dated by numerous and authoritative scholars to a maximum of three years later the crucifixion of Jesus.

This formula clearly refers to Jesus ‘burial and resurrection from the dead, events that no first-century Jew could have understood if Jesus’s body no longer lay in the tomb.

So Paul independently confirms and anticipates the content of the Gospels.

So here we are at the conclusion of this quick excursus .

We leave the floor to the philosopher William Lane Craig :

«Historians consider themselves to have hit historical pay dirt when they have two independent accounts of the same event. But we have the remarkable number of at least five independent sources for Jesus’ burial, some of which are extraordinarily early».

And they are, summarizing: the pre-Pauline font, the pre-Johannine font, the L font, the M font and the ancient pre-Marcian font.

« From abortion to infanticide, another bioethicist approves