Abortion doctor admits: «I have chosen this job to give birth, not to kill children» 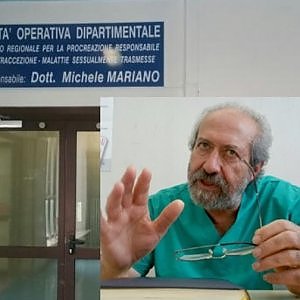 Every time that an interview with a abortion gynecologyst appears, it is a shocking testimony. «I procure 400 abortions a year, I’m the last gynecologist not to be a conscientious objector in the region of Molise. But I have chosen this job to give birth to children, not to kill them».

This is the sad reflection by Dr. Michele Mariano, gynecologist at the “Antonio Cardarelli” hospital in Campobasso (Molise, Italy). He is an atheist, but – he said: «I’m a doctor and I know science». What does science say? «Let us not be afraid of the truth. That fetus could become a child, how can we deny it?». In truth, that fetus is already a child. «I don’t want backstreet abortion to return and women to die at the hands of who knows what butcher, but that doesn’t mean that I’m happy when I suppress a life». The backstreet abortion is an old and fake boogeyman, but we don’t want to make a fuss about it. His honesty in being conscious of suppressing a life suffices to us.

It is the same dramatic awareness of abortionist gynecologist Massimo Segato, vice chief of Gynecology at the Valdagno Hospital (Vicenza, Italy), about whom we have talked recently. The same words are also used by abortion gynecologist Alessandra Kustermann, chief of Obstetrics at the Mangiagalli Hospital in Milan (Italy): «I know very well that I’m suppressing a life. Not a fetus, but a future baby. Every time I feel an unspeakable regret and discomfort». Today, Dr. Mariano has joined: «Do you know what my greatest satisfaction is? When a woman chooses to keep the baby, when she gives birth to him. I always try to understand whether there is a way to avoid abortion. If she changes her mind, for me it’s a joy».

The italian journalist Enrico Mentana consider the law on abortion as a “contribution to civilisation“. As we wrote to him on his Facebook profile, if he were right, no legal permission to practice conscientious objection would exist, 70% of gynecologists in Italy would never dare oppose an alleged progress in civilisation, and the abortion gynecologists would not be happy when women choose not to have an abortion. For exemple, nobody (even less in those percentages) would ever oppose a contribution to civilisation such as the freedom of information, and no state permission could exist allowing the conscientious objection for a contribution to civilisation such as women’s suffrage. However, all this is allowed for abortion (and for war) and the conscientious objection is massively practised by the professional category that is forced to offer abortion, because gynecologists know that there is not any “civilisation” when a doctor ends, not just a pregnancy, but a human life. It is a self-evident thing also to the few abortionist gynecologists.

« «If science exists, this means that there’s a Logic», famous physicist said