The false numbers of clandestine abortion, always used as pretext 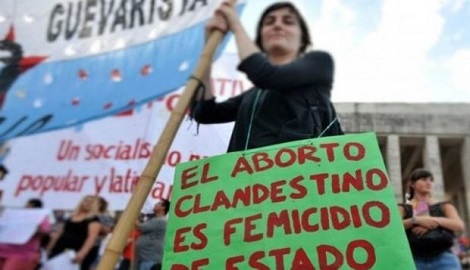 However they try to pass off that action as an act of freedom, in the interest of the woman and even of her health, abortion remains what everyone knows: the killing of a human life. History shows us that this lie has always been necessary to make the public opinion swallow its liberalisation.

And it went so all over the world, and thus also in the USA, at the beginning of the 70s. The Supreme Court legalised the interruption of pregnancy with the famous and strongly contested ruling Roe vs Jane Roe”; Norma Leath Mc Corvey gets married to a violent man at the age of only sixteen, has two children, and during the third pregnancy asks the State of Texas to be authorised to have an abortion: the authorisation was conceded to her. She starts her pro-abortion commitment (years after the approval of the law bearing her name she converted to the Catholic Faith and became a pro-life activist). The law was approved of in 1973 at the Federal level and bears, indeed, her name.

As has been well well reconstructed, during the discussion of the law the data were falsified: every year – reported the media – between 5.000 and 10.000 women died because of clandestine abortions. The truth emerged only successively and revealed another situation. Examining the data of the decades and of the years prior to 1973, for example in 1930, the Guttmacher Institute (which deals with the “reproductive policies” in the USA) maintained that abortion was the «official cause of death for almost 2,700 women». In 1940, that number dropped to between 1400 and 1700 victims of clandestine abortion. In the 1950s, the number of deaths dwindled to 300.

In 1964, these deaths were at 264, and the following year approximately 193. In 1969, three researchers wrote in the American Journal of Public Health found: «The frequently quoted figure of 5,000 – 10,000 deaths from abortion annually appears unrealistic». In 1972, the year prior to Roe, CDC reported 51 deaths related to abortions and miscarriages. Larry Lader and Bernard Nathanson, the main authors of the law and personally interested in the abortion industry, avowed later on to have inflated figures because they were impressive. The case was definitely closed by 1975 report by the National Academy of Sciences, which showed that «the total number of deaths due to abortion reported by the National Center for Health Statistics has been below 500 since 1958 and below 100 since 1971».

The promoters of legal abortion frauded the American citizens. A decalogue attributed to Noam Chomsky, philosopher and communication theorist, explains the main techniques, through which mass manipulation is put in place. Amongst the studied techniques, the American linguist indicates that appealing to others’ emotions always brings about good results: by minimising the rationality of the news and maximising the emotional emotional aspect, one will obtain the neutralisation of the critical aspect. In the USA and elsewhere, very few people worried about checking the number of deaths in the preceeding decades. And 5000-10000 was an emotionally devastating number, which reached its goal.

Furthermore, this strategy tends to make people believe that the problem comes from their very beliefs, thereby instilling a guilty conscience in them for what is happening: thousands and thousands of deaths per year constitute a very good motivation to be decide to change things, even without considering that the deaths of children will be infinitely more. The same pretext of clandestine abortion, with figures inflated on purpose, was used in Italy, recently in Ireland, and in these days in Argentine.

« Priests in France: “traditionalists” in communion with Francis are growing

Italian Fields Medal, Enrico Bombieri: «who is Catholic and goes to Mass» »