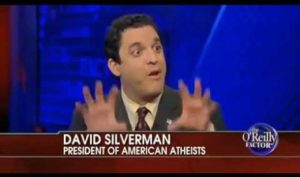 Even David Silverman, President of American Atheists – the main secularist organisation in the USA –, has been removed from his charge after believable complaints of sexual assault. Identical specific charges have been recently made against the last celebrity of the atheist world, physicist Lawrence Krauss. Some years ago, instead, this happened to the founder of the main atheist magazine, Michael Shermer.

The American Catholic Church (and Chilean, in particular) is coping with the terrible scandal of paedophilia, for which we all feel enormously humiliated and angry. But, in its little, even the atheist community is hit by a spread phenomenon related, also in this case, to sexual abuse, albeit towards women. Beside misogyny and discrimination of women. Crimes and scandals about which few talk and which – why not – it should be made known that is being defined by lay feminists even as an epidemic, many of them having been victim of the abuses and of the veil of secrecy.

Silverman had been the great priest of American atheists since 2010, very good orator, author of the book Fighting God: An Atheist Manifesto for a Religious World, and promoter of many failed campaigns, like the quite ridiculous initiative to ask for the legalisation of the word “atheist” in the licence plates.

Nowadays there are three complaints against him (only to concern physical abuses): the physical and sexual assault on a woman during a conference of atheists in Memphis (after having assumed drugs); the coercion of a university student into an unwanted sexual meeting while she was looking for a job at the association of which Silverman was president; and the appointment of a woman with whom he had sexual relationships to a high position (he is, by the way, married). The accusations have been considered believable, specific, and confirmed by witnesses.

Commenting this important phenomenon of discrimination that is emerging from the US atheist community, Alex Nichols wrote:

«In the 1990s, a certain species of idiot materialized. He was male, aggressively pedantic, self-professedly logical, committed to the hard sciences, prone to starting sentences with “actually,” and almost always devoted to the notion that his disbelief in God imbued him with intellectual superiority. It was a fantastic moment in which to be a self-satisfied dork with a penchant for explaining things to people. Once Bush left office, the promoters of “intelligent design” curricula retreated from the public sphere, and millennials asserted themselves as the least religious generation to date; the group that had coalesced around the practice logically refuting creationists needed new targets. One of the targets they chose was women. The worst New Atheists discovered they didn’t need atheism at all. They could be just as insufferable alone, on Youtube, spitting nonsense into the vacuum. The Greeks, those purported inventors of Western logic, had a name for such a man divorced from the public good. They called him “idiot.”».

« A.R. Wallace discovered biological evolution: «It is guided by a Mind»

The Economist (pro Obama) supports Trump: no to gender self-identification »