Protestantism collapses in the USA: the mistake of conforming to the world 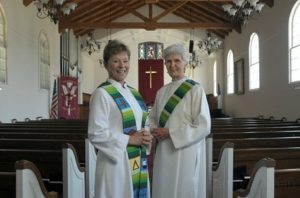 According to a recent survey, Protestantism is literally collapsing in the USA, thereby leaving the field to those who define themselves “without religion”. The number of Catholics, on the contrary, remains stable. A strong signal to Catholic progressism, which would like to be more open to the world by following the example of the Protestant confessions.

The 14-point drop of American Protestantism in 12 years has been measured by ABC/WashingtonPost and corresponds to a rise 9-point rise in the number of those who profess no religion, as well as to Catholics remaining stable around 22%. Indeed, according to other reports, the number of US citizens who define themselves Catholic is constantly increasing: from from 48.5 million to 76.7 million between 1965 and 2014.

For sure, these figures owe much to the Hispanic influence, as far as Catholicism is concerned. However, if we look into details, also amongst the non-Hispanic US citizens the percentage of Catholics has remained nearly constant in the last 12 years: 22% in 2013 and 20% in 2018.

In 2014, commenting the ideas of the spiritual child of Card. Carlo Maria Martini, that is theologian Vito Mancuso (“The Church is backward; she has to conform to the world!”), we explained how the Protestant brothers – since they got emancipated from Apostolic succession – have been trying to conform to the secular world by watering down the Christian doctrine to make it more acceptable to modern men. It was a destructive choice, not only for the defections but also for the proliferation of hundreds of many other Protestantisms, separated from each other. Even in 2015, we recalled this truth, by observing that it is the man desirous of a true life who is called to change, embracing coherently the Christian proposal. The Church, on the contrary, remains herself and makes her best efforts to find a new language (as asks today’s Pontiff) to communicate the same doctrine.

The comment of American Bishop Thomas J. Tobin was interesting: «Some say the Catholic Church has to become more like Protestants (e.g., married priests, women priests, abortion, gay marriage) to survive. A new ABC Poll shows that Protestant membership has declined 14% in the last 15 years! We Catholics had better look before we leap».

Msgr. Tobin is in line with what Pope Francis very often says, particularly in his morning homilies: «We put our identity card up for auction; we are the same as everyone. Worldliness leads you to singular thinking and to apostasy» – denounced Bergoglio: «This is is the deceit of worldliness. And this is why, at the Last Supper, Jesus prayed to the Father: “I ask not that you remove them from the world but that you protect them from the world”, from this mentality, from this humanism, which comes to take the place of the true man, Jesus Christ, and to take from us our Christian identity and lead us to singular thinking: “Everyone does this, why don’t we?” May the Church always have the identity that Jesus Christ commanded; may we all have the identity received in baptism, and may this identity not be thrown away out of wanting to be like everyone, for reasons of ‘normalcy’. May the Lord give us the grace to keep and protect our Christian identity against the spirit of worldliness that always grows, justifies itself and infects».

« Shroud of Turin: silence from Borrini and Garlaschelli on rebuttals to their study

Paul VI vetoed the pill. The commendation from Bergoglio: «He was a courageous prophet!» »