Gay suicides? Nothing to do with homophobia; relationships are the cause 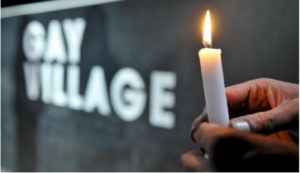 “Gay discrimination leads to suicide”, “They commit suicide because they are victims of bullying”, “when they are hindered by their family, homosexuals risk committing suicide”. These and other ones are the usual statements by pro-gay psychiatrist Vittorio Lingiardi, Professor at the Sapienza University in Rome. All balderdash, at least according to an Australian study, saying that the causes prevalently derive from the higher incidence of relationship problems amongst homosexuals.

Dr. Delaney Skerrett, from the Australian Institute for Suicide Research and Prevention at the Griffith University, led a group of researchers studying suicides, so as to discover that the main cause of suicide amongst “lesbian, gay, bisexual, transgender, and intersex” (LGBTI) individuals is the stress deriving from their partners. «We tend to assume that the psychological distress LGBTI people are often going through is due to family rejection. But it seems that’s not so much the case. The conflict seems to be largely related to relationship problems, with partners» – declared the scientist.

The causes of suicide and depression inside the homosexual community are unfortunately more complex than gay activists admit. They «Pro-homosexual activists have long given a single explanation for the high rates of physical and mental health problems among those who engage in homosexual relationships» – commented Peter S. Sprigg, researcher at the Family Research Council in Washington. «They blame it on ‘homophobia,’ the ‘stigma’ which they suffer at the hands of society, and the ‘rejection’ they suffer from family members who disapprove of such conduct. Scientific research, however, has never supported this one-size-fits-all explanation for the serious pathologies experienced by homosexuals».

In addition, the research has confirmed several previous studies having discovered that gays face very high rates of violence from their partners – higher than heterosexuals. For example, in 2007 a study published  on the Journal of Urban Health by the New York Academy of Medicine found out that no less than 32% of homosexuals had been abused by at least one partner in their life, whilst other studies even talk about 47.5% of lesbians. Besides, it was found out in the Countries commonly defined as gay-friendly the suicide rates of the persons with homosexual tendencies is, unfortunately, the same.

« Nobel Prize W.D. Phillips and that God present «in my life and in the Universe»

Card. Caffarra: «Let who is against the Pope go away; he will lose himself» »