70% of american doctors are against the assisted suicide 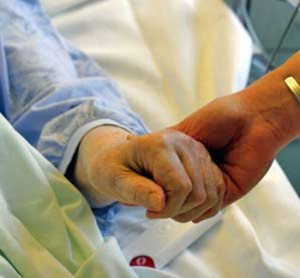 An online poll among the doctors readers of the prestigious New England Journal of Medicine has shown that almost 70% (67%) of american doctors are against the assisted suicide legalization. In 2011, on Palliative, a poll about english doctors had reached a similar result (80%).

The main reasons to take position against such practice were the violation of doctor oath about not murdering and not harming anyone, moreover the fact that the opening to the assisted suicide will probably lead to the legalization of euthanasia, a practice even less pleasing for the doctors. The study came after the public announcement of “World Medical Association” (WMA), which has reaffirmed its own strong opposition to euthanasia and assisted suicide.

Sometimes it might be thounght in good faith of causing death of a suffering person intentionally in order to bring his pain (physical or psycological) to the end, but it still remains an action gravelly opposite to the human being dignity. Medical science has precisely the duty of avoiding any kind of pain and the right to interrupt medical procedures that are disproportionate compared with the expected results, instead it hasn’t the right to eliminate the sick person to eliminate the disease. Fortunately today it is possible to avail of valid palliative treatment to cancel any kind of physical pain and it is dutiful to accompany suffering people, possibly sustaining them to recover the pleasure and the sense of life, even in despair.

« Genesis is not in contradiction with science