What do sceptical scholars think about appearances of Jesus? 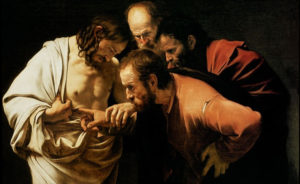 The Gospels report that the disciples, disappointed and dismayed after the crucifixion and death of their mentor, had visions of Jesus Himself, who showed them the resurrection from the dead. This fact upset and convinced them, so much as to be ready for martyrdom rather than deny what they had seen. But what is true about this? Critics explain that the Evangelical reports would have been written late with respect to the facts, that the disciples would be lying, or that the they had hallucinations. But these conclusions do not come up even if we analyse the studies of the most sceptical, agnostic, and atheist scholars.

First of all, let us debunk the myth of the Gospels having been written late: already one or two years after the death of Jesus of Nazareth, indeed, the little community of the Christians in Jerusalem, proclaimed and announced the earliest Christian creed: the crucifixion, death, and resurrection of Christ. This is demonstrated by the First Letter to the Corinthians, redacted by Saint Paul in 50-55 A.D., using, though, pieces of information learnt from the disciples in 35 A.D., which, besides, had been known since some years. Almost the totality of the experts claims the very ancient origin of the Pauline letter (written before the Gospels), and amongst them there are not only Christian scholars, hastily and erroneously deemed by someone as “biased”, as if they did not have the moral duty to demonstrate their theses in an objective way, just like Jewish, agnostic, and Muslim scholars (are they all biased?). Even innumerable notoriously sceptical historians are convinced that the first and complete source on the historical Jesus dates back to the years immediately subsequent to Jesus. We have quoted them in this recent article.

It is not an irrelevant data: if Christians had announced falsehoods or inventions to their fellow citizens about a Jew being so famous – at least for a short time –, they would have been immediately exposed by the Jews, by the members of the Synedrion, and by the Romans. In case of lies or inventions, the little Christian sect would have been easily crushed and ridiculed by the other eyewitnesses of the events, unfavourable to them. However, nobody accused the Christians of lying, but even historian Flavius Josephus confirmed the content of the Gospels.

Another interesting element: there has never been any historical information about someone who would have demonstrated that in the tomb where that Man was buried there was a corpse or that the Nazarene had been buried in another place: also in this case, Jews and Romans would have easily silenced the false narratives of the followers of Christ. Hence, we infer that the tomb was really found empty, but, probably, this did not upset the majority of the inhabitants of Jerusalem, also because the concept of resurrection was inconceivable for the Jews of that time. As written by great sceptic Robert W. Funk, the non-believing founder of  the Jesus Seminar: «The conviction that Jesus had risen from the dead was already rooted when Paul converted around 33 AD. Since Jesus died around 30 AD, the time for its development was then of two or at most three years» (quoted in RW Hoover, Jesus Seminar, The Acts of Jesus, Polebridge Press 1998, p. 466).

If we directly address the appearance of Jesus to the disciples, after His death, it is interesting and curious to notice – in the studies of the main scholars of the historical Jesus, especially those most sceptical about His Divinity – the historical belief that the disciples effectively saw something  and really thought of having seen Jesus resurrected, and they were ready for martyrdom rather than deny their strong conviction. None of these scholars hypothesise collective hallcination, which  has been discarded since years. But let us leave the floor to eminent EP Sanders, a “liberal and secularised Protestant”, as he defines himself: «That the followers of Jesus (and, later, also Paul) had experiences of resurrection is, in my opinion, a historical fact. I do not consider deliberate frauds as a useful explanation. Many of these people spent the rest of their life by proclaiming to have seen the Lord resurrected, and many of them would die because of this. After His death, His followers experienced what they described as “resurrection”; the aspect of a living but transfigured aspect. They believed it, lived it, and died because of it» (EP Sanders, The Historical Figure of Jesus, Penguin Books 1993, pp. 279-280).

Agnostic Bart D. Ehrman, from the North Carolina University, wrote: «Historians, naturally, have no difficulties in talking about the belief in the resurrection of Jesus, because this is an issue of public domain […]. Why, then, did some disciples state to have seen Jesus alive after his death? I have no doubt that some disciples claimed so. We have none of their written witnesses, but Paul, writing around twenty-five years after, indicates that this is what they claimed, and I do not think he is inventing it. Indeed, he had met some of them just three years after the event (Galatians 1,18-19)» (B.D. Ehrman, The New Testament: An Historical Introduction to the Early Christian Writings, Oxford University Press 2004, p. 282). German and atheist theologian Gerd Lüdemann surprisingly commented, in his turn: «It may be considered historically certain that Peter and the disciples had experiences after the death of Jesus, in which Jesus appeared to them as the resurrected Christ» (G. Lüdemann, What Really Happened to Jesus?, Westminster John Knox Press 1995, p. 80).

Paula F. Fredriksen, liberal scholar of the historical Jesus (whom she considers an apocalyptic preacher) at the Hebrew University of Jerusalem, finally observed: «I know their words; what they saw was the risen Jesus. This is what they say, and all the historical evidence we have attests their belief in what they saw. I am not saying that they really saw Jesus resurrected. I was not there. I do not know what they saw. But, as a historian, I know that they must have seen something. The conviction of the disciples to have seen the resurrected Christ, their move to Jerusalem, the inclusion of Gentiles as Gentiles. All these are historical foundations, known and undoubtable facts of the first community after the death of Jesus» (P.F. Frederickson , Jesus of Nazareth: King of the Jews, Vintage 2000).

That is how the erroneous popular convictions collapse, after years of bad instruction. The Evangelical narratives did not emerge decades or even centuries after the facts they narrate; no historian thinks so: already 1-3 years after the facts, the Christian creed was fixed and announced by men and women so convinced – after their disappointment at the moment of Jesus’s arrest –, as to defy anti-Christian persecutions and to prove so convincing as to create a people having existed until our days. Moreover, the most sceptical historians reject the false idea of the Apostles lying and of collective hallucination: the question, therefore, remains about what happened to deny their extreme conviction. «They must have seen something; it is undoubtable»: beyond this point, the purely “lay” historical analysis – we may see – cannot go. But it is already enough.

Roger Penrose on consciousness: «Its comprehension is beyond physics» »