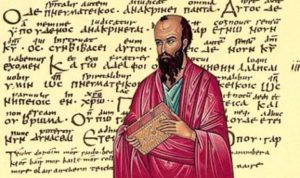 The four Gospels are unreliable having been written many years after the facts they want to narrate. This is often heard, but it is a false affirmation. Let us see why.

First of all, we have several times pointed out that the pieces of information concerning Jesus of Nazareth are more numerous and closer to the narrated historical facts, as compared to many other historical characters, like Julius Caesar, Hadrian, Marcus Aurelius, Flavius Josephus, Socrates, Alexander the Great, etc. So much so that famous scholar John Robinson commented: «The wealth of manuscripts, and above all the narrow interval of time between writing and the earliest extant copies, make it by far the best attested text of any ancient writing in the world» (J. Robinson, Can we Trust the New Testament?, Grand Rapids 1977, p. 36).

Secondly, the Evangelists got most of their information from pre-synoptic sources (oral and written), already circulating few years after Jesus’ death. «Some disciples of Jesus» – added the main living biblist, J.P. Meier: «may have begun to collect and arrange sayings of Jesus even before his death» (Un ebreo marginale [A Marginal Jew], Vol. 1, Queriniana 2006, p. 157).

But there is another argument on which we should like to dwell in greater detail: Saint Paul’s epistles, written, as everybody knows, before the Gospels. In particular, the First Letter to the Corinthians was composed between 50-55 A.D., therefore approximately only twenty years after Christ’s crucifixion. Therein all the “salient data of Christianity” are already present: he died for our sins; he was buried and resurrected on the third day; he appeared to Peter and then to the Twelve; he appeared to more than five hundred brothers; he appeared to James and then to all the Apostles; last, he appeared to Paul himself.

In this letter Paul says he wants to transmit to the readers what he himself has received (παραλαμβάνω) directly from the Apostles. The late Orthodox Jew Pinchas Lapide was so impressed with this letter (chapter 15, in particular), which he defined as «a formula of faith that may be considered as a statement of eyewitnesses» (P. Lapide, The Resurrection of Jesus: A Jewish Perspective, Ausburg 1983, p. 98-99). Biblist Richard Bauckham, from the University of Leeds, stressed that the term “eyewitness testimony” «does not have a forensic meaning, but simply means firsthand observers of those events». That is, Paul got in touch with «informants who could speak from first-hand knowledge» (R. Bauckham, Jesus and the Eyewitnesses, William B. Eerdmans Publishing Company 2006).

Even the most critical scholars agree that what Paul is transmitting was learnt short after the described facts. Non-believing scholar Gerd Lüdemann stated: «the elements in the tradition are to be dated to the first two years after the crucifixion of Jesus, not later than three years. The formation of the appearance traditions mentioned in 1 Cor. 15.3-8 falls into the time between 30 and 33 C.E.»  (G. Lüdemann, The Resurrection of Jesus Christ: A Historical Inquiry, Promethus 2004, p. 38). Agnostic Barth D. Ehrman wrote: «Paul must have met Cephas and James three years after his conversion, receiving the traditions he reported in his letters, around the half of the 30s, let us say in 35 or 36. The traditions he inherited were, obviously, older and dated probably to more or less a couple of years after Jesus’s death. This proves in a clear way how much it was public knowledge, immediately after the traditional date of his death or nearly, that Jesus had lived and died» (B.D. Ehrman, Did Jesus Exist?, HarperCollins Publishers 2012, p. 132). The same is claimed by scholars like John Dominic Crossan, EP Sanders, Gary Habermas, Ulrich Wilckens, Joachim Jeremias, Robert Funk («The conviction that Jesus had risen from the dead was already rooted when Paul converted around 33 AD. Since Jesus died around 30 AD, the time for its development was then of two or at most three years, in What Did Jesus Really Do?, Polebridge Press 1996).

All this attests a simple truth: the content of the Gospels (including passion, death, and resurrection of Christ) was already known, spread, and discussed right after the death of Jesus on the cross. When all the eyewitnesses (friends and enemies of the Apostles) were still alive and could belie these accounts, if they had been false or altered. The Synedrion and the enemies of Christ, had they wanted, could have silenced his followers… but no Jewish or Roman source reports anything like that. On the contrary, non-Christian sources like Flavius Josephus confirm the evangelical contents.

Let us leave the conclusion to the above-mentioned non-believer, Bart D. Ehrman, researcher at the University of North Carolina: «We do not have to wait for the Gospel of Mark, dated around 70, to hear talk about the historical Jesus. The evidence, which we draw from the writings of Paul, perfectly coincides with the data provided by the evangelical traditions, whose oral sources almost certainly date back to the Roman Palestine of the Thirties of the I Century. Paul demonstrates that, few years after the period in which Jesus had lived, his disciples talked about what the Palestinian Jewish teacher who had been crucified by the Romans at the istigation of Jewish authorities. It is an extraordinary coincidence of proofs: the evangelical sources and the accounts of the first Christian writer. It is difficult to explain this convergence if not by recognising the existence of Jesus as certain» (B.D. Ehrman, Did Jesus Exist? HarperCollins Publishers 2012, p. 132, 133).

« Paul VI vetoed the pill. The commendation from Bergoglio: «He was a courageous prophet!»