Gospel of Mark is based on the eyewitness of St. Peter 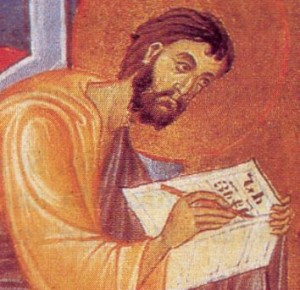 Several scholars of Early Christianity abroad, especially in the United States, have their own personal blog, in which they publish documents, reflections, they answer questions and talk to each other. Historians, theologians, biblical scholars, New Testament scholars of different faith: Catholics, agnostics, protestants, Jews.

It’s really interesting to follow the debate, in particular recently on the blog of Larry W. Hurtado, known professor of the New Testament at Edinburgh University, is appeared an epistolary exchange between him and Richard Bauckham, one of the best American biblical scholars, professor at St Andrew university and member of the British Academy and the Royal Society of Edinburgh. Bauckham, discussing with Hurtado on the role of eyewitnesses in Gospels development, explained that he’s working on a sequel of his lucky book “Jesus and the Eyewitnesses: the Gospels as Eyewitness Testimony” (2008), and that, in this new book, he’ll show new evidences on the fact that the Gospel of Mark is largely based on the eyewitness of the Apostle Peter (just like Papia affirmed).

Actually this is not a proper news, it’s been a long time since the scientific community assured this fact. According to a great number of scholars, Mark would have composed his gospel around the 70 AD, although he used material who had been edited several years before, transcribing  pre-synoptic sources who were spread since the years right after Jesus’ death: for example according to Barth Ehrman everything concerning the Passion. Rudolp Pesch calls them “pre-Marcan” sources, written one-two years after Jesus’ death. Willibald Bosen, for example, has pointed out that Mark doesn’t quote the high priest Caiaphas, as though he were still operant (he stayed till 37 AD).

Other scholars, instead, think that the entire Gospel of Mark has to be anticipated to 44 AD, when the evangelist went with Peter to Rome. The supporters academy of José O’Callaghan affirm it too; he attributed the 7Q5 Qumran papyrus fragment (it was found in closed caves in 68 AD) to the VI chapter of the Gospel of Mark (Mark 6:52-53), a comparison who was confirmed by following studies and supported by many scholars (in Italy, for example, Orsolina Montevecchi, president of the Papyrologists International Association: “It’s nearly impossible that it could be another text, maybe an unknown one. I think it’s time to include the 7Q5 fragment in the official list of New Testament papyruses”, “Aeugyptus” 1994, p. 206-207), included several critics, like  J.M. Vernet who, during the Symposium in Rome of 2002 whom title was “Contribute of historical sciences to the study of the New Testament”, publicly decreed, together with some other scholars, that “it’s become pretty much unanimous the idea that the identification of the Catalan Jesuit about the 7Q5 is the most secure and the clearest, comparing it with many others who were presented as alternatives. The study and the scientific method of O’Callaghan and of other favourables with the identification of 7Q5  with Mark 6:52-53 are correct, serious and scientific” (signed by P. Parker, C. Roberts, C. Hemer, P. Gamet, V. Spottorno etc.). Vernet’s conclusions correspond to the ones of the international Symposium on the 7Q5 fragment in October 1991 in Eichstatt, where almost every scholar who participated agreed with O’ Callaghan opinion (Symposium acts have been published in M. Bernhard, “Christen und Christliches in Qumran?”, Eichstätt Studien XXXII, Regensburg, Verlag Friedrich Prustet 1992).

In any case the author of the Gospel of Mark is to be considered an eyewitness, according to Bauckham. He also added: “I think the ‘loved disciple’ wrote the Gospel of John, and that he was an eyewitness too. Of course his gospel is the product of his reflections and thoughts, about what he had seen during his life”. Talking about Luke, exactly like Mark did, “he took every chance to meet eyewitnesses and he interviewed them. He collected material probably from a certain number of minor eyewitnesses from whom he received stories or individual experiences”.

The editorial staff, translate by Valentina B.

A comment to Gospel of Mark is based on the eyewitness of St. Peter

Can you admire Jesus without believing in his divinity? »