Cologne “removes” the cathedral, the last folly of cancel culture 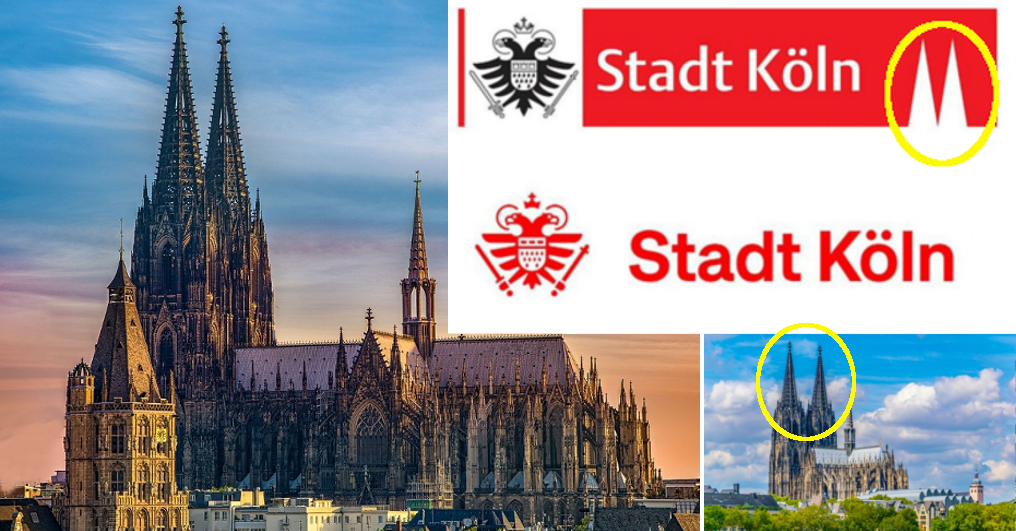 The spiers of the cathedral, the city’s symbol for centuries, have been deleted from the logo of the city of Cologne. The pretext is a modernization for social networks, the reality is the removal of any symbol deemed politically incorrect.

Delete what is politically incorrect.

This is the principle of cancel culture, the new era of progress.

It is being experienced by the inhabitants of Cologne, in western Germany, whose symbol has been erased from the city logo after centuries.

This is the majestic cathedral, the most important monument in the city and the most visited in the entire country.

Magnificent expression of Gothic architecture and, until recently, also the symbol of the city itself.

Too bad that the new logic of the world hates identity and everything it deems “politically incorrect”, as a religious symbol.

Thus the Municipality of Cologne will change the city logo considering it to be “obsolete” and no longer suitable for the world of the web and smartphones (in the photo the two logos, the previous one above).

This is obviously the pretext, in reality the only thing that has been erased are the spiers of the cathedral, the rest has remained essentially the same.

An initiative that aroused controversy and the concern of many Germans. «I wonder if it is so good to make the cathedral disappear», said Robert Kleine, dean of the cathedral.

On Welt, editor-in-chief Dagmar Rosenfeld writes: «Times change, so does the spirit of the times. Nobody knows this better than us inhabitants of Cologne». «The beautiful spiers of the cathedral will no longer come into contact with administrative things as ugly as official tickets and letters, perhaps it is even a small consolation», he comments bitterly.

Another commentator, Lucas Wiegelmann, is angrier: «In the future Cologne will want to do without the two spiers of the cathedral in the city’s logo. Official reason: a more modern aesthetic. But the message that is sent goes deeper: Church and Christianity appear as a nuisance that could offend. This is devastating».

The former mayor, Fritz Schramma, also mobilized against the cancellation, inviting the inhabitants of the city to mobilize.

The current mayor, Henriette Reker, overwhelmed by criticism, however communicated that «the change is something definitive, there will be no further changes» although it has heartened that the cathedral will remain visible on posters, brochures, notices and posts on social media such as “Recurring communication feature”.

The “respect” and the healthy concept of secularism.

Curious, however, that this cancellation takes place while the city council has recently authorized the 35 mosques of the city to use external loudspeakers to invite Muslim prayers between 12:00 and 15:00.

The mayor of Cologne said on Twitter that this would be a «sign of respect», noting that the bells of the Cologne Cathedral also ring.

Of course, but as Rabbi Joseph Weiler explained when he defended the crucifix before the European Court, the just principle of secularism does not require the same preference for all religious expressions but only for those that have historical, religious and cultural relevance within a particular country.

To give a concrete example, no one would dream of imposing the spiers of the cathedral of the city of Rabat (Morocco) in the city logo, it would be an injustice to the non-Christian history and culture of that country. For the same reason, it is an ideological injustice to remove them from the Cologne logo.

Furthermore, it should be noted that proclamations such as “Allahu akbar” (Allah is great) and «there is no god but Allah» are not heard from the bell towers of Cologne, as the muezzin announces from the German speakers.

It is also curious to hear about “respect” from a mayor who is prey to the Woke ideology and who first of all does not respect the history and culture of his country.

It is wrong to even look for a logic in cancel culture, branded even by the Economist as a weapon of the “illiberal left”.

That eagerness to tear down statues, churches and monuments in the name of an indistinct and politically correct supreme good. «A kind of dangerous “one-track thinking” [pensée unique] is taking shape, one constrained to deny history or, worse yet, to rewrite it in terms of present-day categories», Pope Francis denounced.

We are confident, however. The cathedral will also survive the illiberal contemporary fashions and the next ten logos of the city.

« Thousands of adults will be baptized as Catholics at Easter