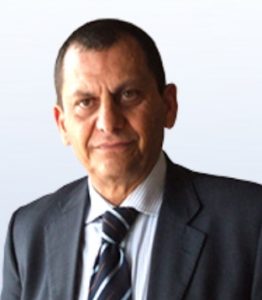 It is so paradoxical that the Catholic Church – in her documents and in the speeches of many of her exponents, including many Pontiffs – has always supported the compatibility between the Catholic faith and the theory of evolution, while Protestants fiercely fought evolutionism, albeit some variations depending on their multiple denominations.

Biblical Creationism has spread among the Protestant and Evangelical demoniations, especially in the United States of America. The Catholic world, instead, is not involved in this diatribe because it has always been educated by St. Paul’s teaching: “not of the letter but of the Spirit; for the letter kills, but the Spirit gives life” (2 Corinthians 3:6). The same was said by Dante Alighieri, when reminding the necessity of an interpretation of the Bible structured on four levels of possible meanings (Dante Alighieri, Convivio Libro II, cap. I, p. 2-15). Also Pius XII, in the encyclical Divino Afflante Spiritu (1943), asserted the need to put the hermeneutical effort into an appropriate framework, by preliminarily individuating the “literary genre” of the text. Finally, the Bible is not a scientific treatise, but a book of wisdom, and as such it should be treated.

I think that many modern misconceptions stem from this confusion between “spirit” and “letter”. Only since the Age of the Enlightenment have there been frantic attempts to read between the lines of the Holy Scriptures the legitimacy of the scientific knowledge of that time, by looking for an impossible concordance with what was emerging from scientific experimentation. The Galileo case was passed down in a willingly distorted way, with the clear intention of showing the incompatibility between faith and science.

This is particularly true in the context of the debate on evolutionism, where the prevailing position – summarized by Richard Dawkins (in The Blind Watchmaker) – is using the theory of evolution to demolish any anthropocentric vision and to claim the non-existence of God on the basis of the fact that the emergence of life and human comes from blind and random processes. It is ironic that these devout believers in the absolute truths of science end up supporting equally unlikely theories (in terms of empirical evidence) when they are trying to proclaim their absolute adherence to the atheist manifesto. This is the case, for example, with Francis Crick (Life itself, Simon & Schuster 1981), who made up the theory of panspermia (according to which extraterrestrial intelligence would have spread the seeds of life).

The Catholic Church has always considered likely that life on Earth may be attributed to a “process” and that it was not something suddenly emerged from chaos. Already St. Augustine believed that God created the world according to a rudimentary sketch, but He gave it “seminal properties”, principles for which Nature was able to grow and evolve in the ways which we know today. This is what is reiterated by Pope Francis when he stresses that «evolution in nature does not conflict with the notion of Creation, because evolution presupposes the creation of beings who evolve».

St. Augustine also stresses that «to suppose that God formed man from dust with bodily hands is very childish. God neither formed man with bodily hands nor did he breathe upon him with throat and lips» (De Genesis contra Manicheos, cit. in Andrew Dickson White, Project Gutenberg A History of the Warfare of Science with Theology in Christendom, vol. 1, New York, Londra, D. Appleton & Companyc, 1922). St. Thomas and countless other Catholic authors belong to the same line of thought. This topic has been addressed by some pontiffs, including Benedict XVI, according to whom «the doctrine of evolution certainly is an important hypothesis, but however show many problems, which still need a broad discussion». So, Pope Francis’s remark, quoted above, took place in a consistent manner inside a tradition which can be seamlessly traced back to St. Augustine.

It is not clear, therefore, why some Protestants reacted with anger to Pope Francis’s speech, especially pastor Ken Ham. We should like to emphasise the criticalities raised by the Holy Father. In fact, evolution is a theory – part of a overall theory of Biology yet to come – of which we still need to know what the “engine” is. Are the “novelties” really such or are they just variations on some formal, discrete topics? Are they due to genetic modifications or are other factors at play, like biophysical conditioning imposed by the enviroment? Are they imposed by “randomness” or do they take place along a pre-defined path?

The Catholic doctrine rejects that the process of evolutions depends solely on genetical mutations, emerged by accident and selected for the fact that they confer greater chance of adaptation and survival. In short, evolution cannot be led by randomness: this definition is in itself an oxymoron because it cannot tell how only stochasticity may provide order and direction to a process.

This is the criticism that today is addressed not as much to Darwin (who was aware of the limits of his theory) as to his ardent epigones. The evolutionary theory, as it is explained by post-Darwinists, is today seriously criticised by scientists: just think of the contributions by Steven Jay Gould, Stuart Kauffman or Carl Woese, for example. The rediscovery of a Lamarckian inheritance, of a horizontal transfer of genes or the modifications inherited by maternal epigenetics, have contribuited to modify significantly the formulation Darwin’s theory and impose a deep revision of it.

It is really curious that today the most extreme and intransigent standpoints – post-Darwinism supported by Dawkins and creationism supported by many preachers of intolerance, like Ken Ham – both militate in the Anglo-Saxon Protestant area. In both cases they reaffirm the faith in an absolute and deterministic principle, centered on randomness or “a mechanic god”, responsible for every detail. It is the same philosophy. In both cases, Life is deprived of that freedom which, albeit bound by the laws of creation, is the main message of the Sacred Scripture. Both for Dawkins and for Ham, Life and Man are governed by a “whatchmaker”: blind in any case, because whether it be the Randomness or God, he is indifferent to the course of Human History. St. Augustine’s hunch, instead, is more fruitful because it preserves human freedom in an evolutionary process which takes place in accordance with the laws of Nature, which have nothing arbitrary.

My daily job is centred on researching and understanding these laws which manage to combine “freedom” with “necessity”. There is nothing arbitrary and random (Einstein was right when he said that “God doesn’t play dice”) but also nothing preordained: living organisms “explore” an area of possibility, limited to a discrete number of potentialities allowed by the laws of Nature. To that extent, evolution and the same processes recapitulating phylogeny take place and lead to ontogeny. This evidence is for me a daily finding, which emerges from scientific testing. This confirms, in my opinion, the correctness of the theoretical framework which allows to reconcile aspects apparently contradictory in Biology (How to reconcile evolution and the persinstence of some “fundamental” forms? How to reconcile change and homeostasis? How does an organism remain itself while it continuously changes?) and reiterates the wisdom of Scriptures, when they are appropriately interpreted while respecting their hermeneutical complexity. All this especially helps me to rediscover, every day, that invisible hand behind every phenomenon which makes us feel even closer to the presence of God. Also in my laboratory.

« Extra-Biblical testimonies to Jesus of Nazareth

«The return of God? Inevitable: man has a call to transcendence in himself» »