Why do we call ourselves “Catholic rationalists” 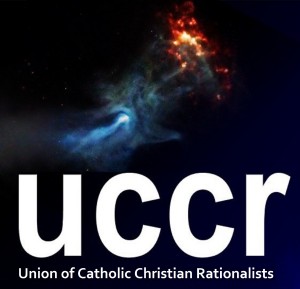 This is the first article of the English version of “UCCR” (Union of Catholic Christian Rationalists), an online association of some young friends who are willing to support the rationality of the Christian faith, following the steps of Pope  Emeritus Benedict XVI, and to defend Catholic stances (and the stances of the Holy See) on many, different subjects.

It is essential to clear up a widespread misunderstanding straightaway: we realise that the term “rationalism” might be interpreted as an antithesis to the Catholic faith, if it means that reason is the only way to arrive at the truth (as thoroughly explained in the Catholic Encyclopedia). This claim is wrong if by “reason” one means “positivist reason” – as it is considered nowadays – that is a form of reason that requires proof and scientific demonstrations. This kind of rationalism is inevitably (and by definition) atheistic.

However, it is clear that this rationalistic attitude will not achieve a complete understanding of our experience, because we experience phenomena which stretch far beyond the biological, the physical and the chemical fields. It is therefore necessary to broaden the concept of reason. As Pope Emeritus Benedict XVI said, in his famous Regensburg lecture of 2006 at the meeting with the representatives of science: the intention is of “broadening our concept of reason and its application”. “We will succeed in doing so”, he goes on, “if reason and faith come together in a new way […] if we overcome the self-imposed limitation of reason to the empirically falsifiable, and if we once more disclose its vast horizons”.

By way of example, the reasoning process applied to the most important human decisions, and in particular in law courts, is based not on strict logical ‘deduction’ involving repeatable, measurable experiments; it is based on what philosophers call ‘induction’ and ‘abduction’, seeking to infer the best possible explanation from a range of sources, including human testimony and historical evidence.

Therefore, if the term reason is not synonymous with accurate and repeatable measurability, but is instead the tool of interpreting all factors of reality, then faith itself becomes a natural way of knowledge that applies reason. In order to know some factors of reality, reason uses faith, which can be considered an extension of reason itself. That is to say, faith makes reason see what reason alone would never understand. Consequently it is reasonable to have faith in God if you have had ​​a specific experience of God (the so-called “Christian encounter”), if you have valid reasons to believe, if you are “ready to give an answer to anyone who asks you to give the reason for the hope that is in you” (1 Pt 3,15); likewise it is unreasonable if you believe according to a weak sentimentalism, to a deist mysticism, if you believe because of the fear of death or because you need a simple answer to what still remains unknown to mankind.

It is from this perspective that we interpret “rationalism” as the use of reason, considered as the best guide for faith and behaviour in general. It is true that human knowledge is based on reason, but it is not positivist reasoning. It is the kind of broad reason that uses faith as a way of understanding reality.

Precisely to avoid this inevitable misunderstanding, we named ourselves “rational Catholics” in the Italian version of the website. This was however impossible in the English version, for it would have requred us to change our acronym UCCR into URCC (Union of Rational Catholic Christians). Our staff have therefore decided to keep the original acronym replacing “rational” with “rationalists”. We have explained above that we can regard these two terms as synonyms if we consider reason as a tool of knowledge which is open to all the factors of reality, including those that are not scientifically measurable.

In summary, our Catholic Christian faith starts from, and is based on, three pillars: the historical reliability of an event, the recognition of the credibility of its witnesses – in particular Peter as an individual, and the Catholic Church as a human and divine institution, founded on the apostolic succession (Mt. 16,18), and finally our own personal experience in relation to reality. Concerning this last point, we can see every day the validity of the Church’s claims, mainly its claim to represent Jesus Christ, historically permanent. For these three reasons (which will be explored in more detail on the site), we regard our faith in God as a decision motivated by reason: thus, a rational decision.

“As a homosexual I apologize to Guido Barilla” »